Wanted to update the maps in my car’s navigation system. To Audi’s credit they provide twice-yearly upgrades via a variety of methods, some free. (Sadly they don’t seem to have any way to update the MMI firmware though). The map updates are badly documented, so here’s the details.

First, the easy options that cost money. You can pay the dealer to do it. Or you can pay for the Audi Connect service (the cellular data for your car) and updates come over the air.

Of course I’m curious about the contents of the update files but couldn’t find a lot of info. Mib1 has a directory named “Eggnog” and Mib2 has “Truffles”; internal product names? Mib1’s datafiles seem to be named “.psf” and Linux guesses some (but not all) are FoxPro FPT files, which seems plausible. Mib2 is mostly compressed data I couldn’t figure out, which some small SQLite tables without much interesting it. Probably all proprietary data, of course, and if they’re smart it’s encrypted too to prevent casual snoops like me from lifting all the data out. 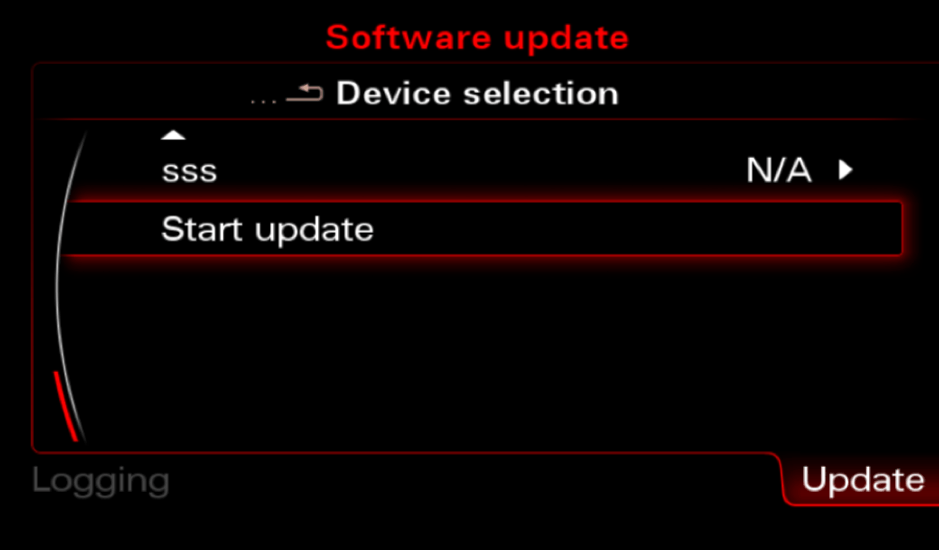 Shame Audi doesn’t also let you upgrade MMI firmware. Mine has a bug where it’s limited to indexing 10,000 music files. Admittedly that’s a lot of music, but it’s a nuisance if you just want to copy all the music you own into the car. Static array sizes: not even once!