Child labor refers to the employment of children at regular and sustained labor. This practice is considered exploitative by many international organizations and is illegal in many countries. Child labor was utilized to varying extents through most of history, but entered public dispute with the advent of universal schooling, with changes in working conditions during the industrial revolution, and with the emergence of the concepts of workers’ and children’s rights. They are scarifying their childhood for bare survival of self & family. There were 218 million children working illegally in the eyes of international treaties, as at the most recent formal assessment in 2004. Child labor is defined as all economic activity for children less than 12 years, any work for those aged 12-14 of sufficient hours per week to undermine their health or education, and all “hazardous work” which could threaten the health of children under 18.

Basically from the developing & also industrialized area of the world generally child labor has come. For example- Africa, Asia, Latin America, East European etc. Bangladesh accounts less than 2 percent which is 6.6 million working children in contest of 120 million working children of the world. Bangladeshi child labor has been used widely except mining, quarrying, electricity gas & water & their earning for working 48 hours on an average is Tk.500 per month.

Because of doing hazardous work by child labor, they suffer significant growth deficits than school children for their working environment. Most of them are working in an alarming place for which usually child labor has been suffered from many diseases, like- dizziness, respiratory infections & worm infection etc. They may also loss their body parts. Child labors are often found to be victims of verbal & sexual abuse. For this reason after a while they will go for violence & criminal activities for living.

In context of Bangladesh

As Bangladesh is economically non-solvent country, about 55 million people live below the poverty line. If, from a family at least one child labor has come then he or she will earn 20 to 25 percent of the family income. Their only aim is to feed themselves & survive in any how. Parents also encourage their child for earning. For these types of families, poor parents fail to appreciate the long-term value of education, & instead for the short term economic gins of child labor. They hold their children for field & household work & also for engineering workshop to learn employment shill. It acts like an alternative education with much more practical value than traditional primary education. Since January 1993, govt. has given an approval of Compulsory Primary Education Program. But, the poor families still cannot bear the cost of uniform & transportation cost for a school going children. The incomes of that type of families are low & if the school going children become a labor then it will be more beneficiary for them & these emergencies are the main reason of child labor. In Bangladesh often may happen natural calamities & it would be difficult for these families to reinstate. For many other problems like this, children from that families are bring trapped & enter into the working world.

Scale of Child labor in Bangladesh

Children in the age group of 5-14 years who are working for surviving were found during the survey time of Bangladesh Bureau of Statistics (BBS) in the “National Sample Survey of Child Labor in Bangladesh: 1995-96”. When a child was found either working one or more hours for pay or profit or working without pay in a family farm or enterprise during the certain period or not working but had a job or business from which he was absent temporarily for a certain period was called a child labor. In 1995-96 BBS has shown that child labors were 6.6 million that is 19% of the total child population. From 5-9 age groups 11.6 % of the child labor has come. Employed child labor force was 95.6%. Male & female child labors were 59.8% & 40.2% according to the total child labor force. Almost in all sector child labor had been used except mining & utilities. Basically they were come from rural areas, because the percentage of urban areas’ child labor was 17%. About 65.4% of child worker for Agriculture, 10.3% for services, 8.2% for manufacturing, 1.8% for transport & communication & 14.3% children were for other activities including household work had been used for that time period.

The statistical information of child labor survey in 1995-96 (as on January 1996) is given. Here, only that types of data are shown, which are affected more in the economy:

Now, we will explain all these issues:

Child labors are not appropriate for all types of work. According to 1995 the Ministry of labor & manpower in collaboration with UNICEF, “Hazardous Child Labor in Bangladesh” has been created to identify hazardous economic activities involving children. 27 economic activities which known as hazardous are-

In 1991, a study was entitled named “The Conditions of Garment Workers in Bangladesh” found 13% of the workers to be working children. For earning around 500 taka & 585 taka as sewing helpers (which is around 66%) & finishing helpers (around 15% of the total child labor), a third of the child workers were in fact school dropouts. Though they were working about 13 hours as finishing helper & 11 hours as sewing helper, in peak seasons they had to work also in weekly holidays.

In due to free child labor, the senator of USA named Harkin’s bill (1993) banning the products of those industries who used child labor. Around 50000 children were dismissed from work of garments. But because of that step, child labors were trapped for doing more hazardous & exploitative activities.

To eliminate child labor from work & make sure for their education, In 1995 Bangladesh Garment & Exporters Association (BGMEA), ILO & UNICEF had been taken a step to give them a monthly payment of taka 300 per child.

UNICEP had stated a program of educating terminated children through Gono Shahajya Sangstha(GSS) & Bangladesh Rural Advancement Committee(BRAC). In 996, September 22 to October 31 a special drive was organized & because of that by November 19 the number of children attending the education program went up to 7622 in 296 schools set up for them.

“The Rapid Assessment of Child Labor Situation in Bangladesh” estimated that, in one Dhaka out of 1181 child workers, domestic helpers numbered 770. So we can see that child domestic service was so popular in Bangladesh. A huge number of child workers had come from vulnerable families & single parents families. They could be orphan & abandoned children too. From a survey it was found that 38% of child labor was 11 to 13 years old & nearly 24% were 5 to 10 years old. Domestic work was also tough for child labor because, on an average 50% of the child domestic workers work 15-18 hours a day. Boys often perform the outdoor activities & girls perform indoor’s. Domestic child labors were least paid worker & the ratio of education for child labors was 31% for girls& 37% for boys.

For better payments many families send their children to outside of the country. These were basically, children smuggling across the border by the traffickers. They sold male child for using them as jockey in the camel race & female child as slaves on the name of marriage.

Some philanthropists like New Zealander, Mr. L. N. Cheyna initiated programs in the non-government sector to promote welfare of the working children. On his visit he founded an international NGO, Underprivileged Children’s Educational Programs (UCEP), as a beacon of hope for working children. They were working as a provider of general education on a limited scale in Dhaka, has by now emerged as the leading national NGO promoting the cause of child worker in Bangladesh. UCEP currently operates 30 general schools, 3 technical schools, and 5 Para-trade training centers & has a total enrollment of around 22000.

Observations regarding this case

Now-a-days child labors are becoming risky for the whole world. It acts like a threat. Till the nation cannot control the socio-economic condition they would not eliminate the child labors from their job. For this reason they can again engage with some other illegal activities. As they are working children, so they cannot attend full time schools. So, the govt. has to take some steps for that. Like- night schooling, half day schooling etc. for working children. UCEP model of integrated human resources development for child workers & actively seek to put an immediate end to the most intolerable forms of child labor. 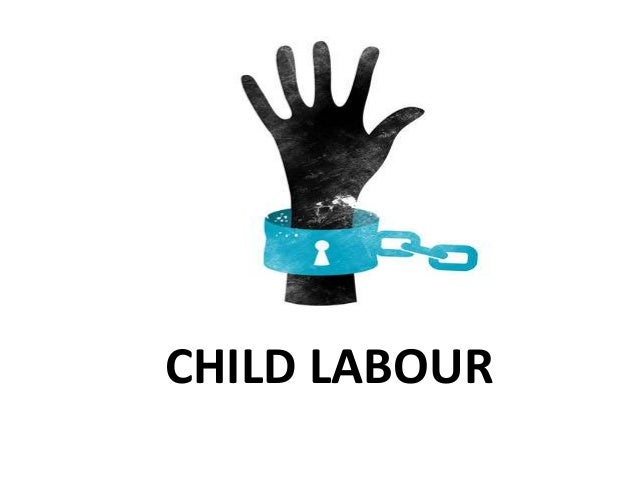 From this passage we can find some certain cause of Child labor in our country. That’s are-

We can solve these problems by doing-

Now, in the whole world child labor is a huge problem. If we do not take any step for this problem as soon as possible, it will create a big hazard in near future. Children are the key of future world. So, we should protect this problem. Govt. is already taking some steps for that & they should continue it. This is our duty to ensure the legal rights of every child.